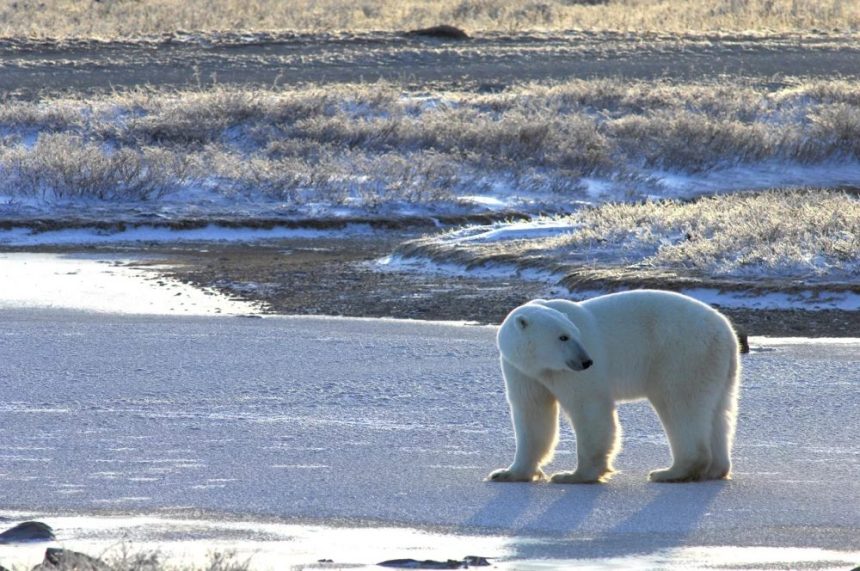 Churchill calls itself the “polar bear capital of the world.” A gateway to the Arctic, this tiny town 600 miles north of Winnipeg, Manitoba’s capital, sits on the remote western shore of Canada’s Hudson Bay. An adventure destination where tundra, boreal forest, and Hudson Bay waters meet, the area has long been a traditional hunting area for indigenous peoples (the cozyItsanitaq Museum, formerly the Eskimo Museum, honors their heritage).

Today Churchill attracts visitors from around the world with its wildlife-watching and aurora-viewing opportunities.

In 1979, Churchill resident Len Smith created the first Tundra Buggy to help visitors get closer to polar bear habitats. Shortly after, a National Geographic crew joined him and in the following years, a story and video footage from the region prompted wildlife enthusiasts to make tracks to view bears and belugas. Summer, fall, and winter are the seasons to visit. Book your flights early, as Churchill currently is accessible only by plane.

Nearly 60,000 beluga whales inhabit the western reaches of Hudson Bay. Each summer, thousands head into the mouth of the Churchill River in search of warmer waters to birth and raise calves and feast on capelin and other fish. Highly sociable and curious cetaceans, belugas are called canaries of the sea for their bird-like calls.

Boat tours bring visitors to waters often frequented by belugas. Many boats have hydrophones so passengers can listen to the whales underwater. For up-close looks, adventurous visitors can kayak, paddleboard, or snorkel. Fun fact: Unlike most whales, belugas don’t have fused neck vertebrae, so they can turn their heads to look back at you! 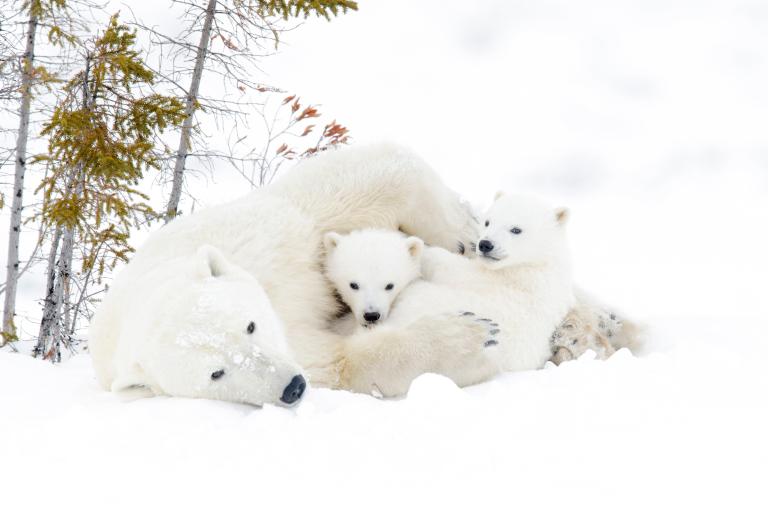 One of the best ways to spot Ursus maritimus—the polar bear—is on a tundra vehicle tour, both in the Churchill Wildlife Management Area and beyond. The rugged vehicles transport visitors into this realm of the ice bear, to watch males spar, cubs play, and mothers snooze.

Helicopter tours provide a birds’-eye view of the spectacular landscape of snow, ice, water, and rock, along with plenty of polar bear sightings. Normally it’s ill-advised to walk among the bears, but Churchill Wild offers hiking tours at remote eco-lodges to safely see them by foot. Come fall, bears begin to gather along Hudson Bay waiting for ice to form so they can hunt seals—a prime time for visitors to see these magnificent animals.

Churchill is one of the best places on Earth to witness the aurora borealis, which shimmers into curtains of light here some 300 nights a year. February and March, with their dark and clear evening skies, offer ideal viewing conditions. Green lights are the most common; red and blue are more elusive.

Temperatures this far north typically are frigid mid-winter, but aurora watchers waiting for the polar spectacle to fan out over the heavens stay warm in tent-size Aurora Domes, a wheeledAurora Pod, and even an Aurora Lounge. Photography tours offer visitors guidance on capturing images of this fleeting phenomenon with tips on how to optimize camera settings.