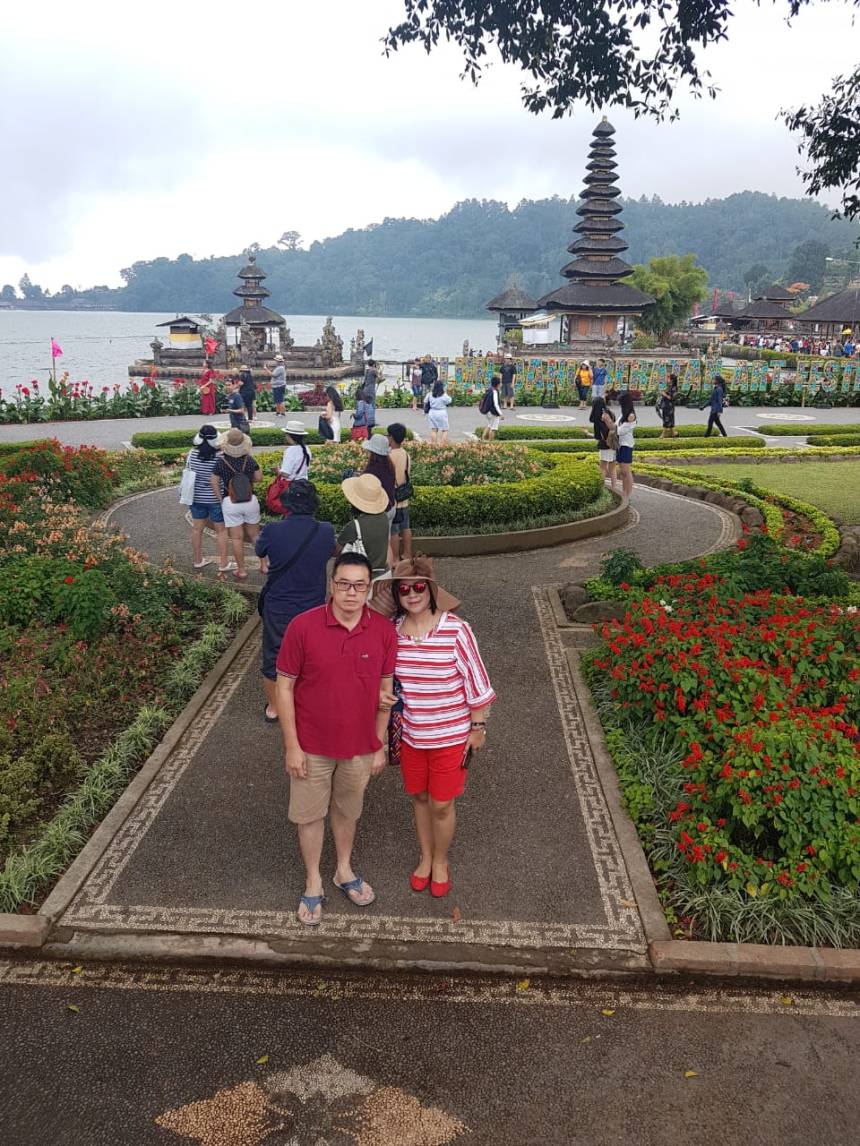 Bali is a popular tourist destination, which has seen a significant rise in tourist arrivals.  The island is the province of Indonesia with the biggest Hindu population. The province includes the island of Bali and a few smaller neighbouring islands, Nusa Penida, Nusa Lembongan and Nusa Ceningan.
It is located at the westernmost end of the Lesser Sunda Islands, with Java to the west and Lombok to the east. Its capital, Denpasar, is located in the southern part of the island.

It is renowned for its highly developed arts, and as a UNESCO World Heritage Site, ready for various tourist attractions such as traditional and modern dances, sculpture, painting, leather, metalworking and music.

In March 2017, TripAdvisor named Bali as the world’s top destination in its Traveller’s Choice award.

Bali’s central mountains include several peaks over 2,000 metres (6,600 feet) in elevation and active volcanoes such as Mount Batur. The highest is Mount Agung (3,031 m, 9,944 ft), known as the “mother mountain”, which is an active volcano rated as one of the world’s most likely sites for a massive eruption within the next 100 years.[38] As of late 2017 Mount Agung has started erupting and large numbers of people have been evacuated, the airport in Bali has been closed.

Luxurious hotels are available for visitors among others Bali Beach Hotel in Sanur after they have arrived at the Ngurah Rai International Airport. The tourism industry is primarily focused in the south, while significant in the other parts of the island as well. The main tourist locations are the town of Kuta(with its beach), and its outer suburbs of Legian and Seminyak (which were once independent townships), the east coast town of Sanur (once the only tourist hub),Ubud towards the center of the island, to the south of the Ngurah Rai International Airport, Jimbaran, and the newer developments of Nusa Dua and Pecatu.

The Island has received awards for its attractive surroundings (both mountain and coastal areas), diverse tourist attractions, excellent international and local restaurants, and the friendliness of the local people. The Balinese culture and its religion are also considered as the main factor of the award. One of the most prestigious events that symbolizes a strong relationship between a god and its followers is Kecak Dance. According to BBC Travel released in 2011, Bali is one of the World’s Best, ranking second, after Santorini, Greece.

How To Get There

Bali is accessible by flight, roads, and ships.

The capital of Bali. Flights from major international cities regularly fly in and out of the Denpasar Airport. It is also well connected to most of Indonesia and has regular domestic flights connecting it to major cities within the country. From the airport, you can easily hire a taxi to your destination. Please note that buses might not always be available from the airport.

While buses are not a very common form of transportation in Bali, some run on longer routes, connecting the regencies of Denpasar, Singaraja, Gilimanuk and Amlapura. These long-distance buses have at least one terminal in each town. Fares can go up to IDR 10,000. More expensive tourist shuttle buses are also available.

You can take a bus from Jakarta (the capital of Indonesia) to Bali, but only if you can brave the 23-hour bus journey.

The sister islands of Bali can be accessed by local cruises. Since these come in elaborate tour packages, inclusive of meals and a short stay, they can be quite expensive. Traditional, inexpensive boats can be used for shorter distances, however.

Bali is quite a popular port for most cruise liners traversing through South East Asia. To get into Bali through the sea route, take a flight to Singapore, Sumatra or Java and take a ship for your onward journey to Bali. The information desks at the airport will guide you thoroughly.

They say that the best way of getting to know a place is on foot. However, Bali, despite its pristine beaches and rice terraces has rather poor roads and damaged sidewalks. Walking therefore is quite a task around the island. Guided walking tours are, nonetheless, available for the countryside and they include Mount Batur and the villages of Ubud.

Taxis are the most reliable form of public transport in Bali with ‘Blue Bird’ being the most popular company, replete with a fancy phone app and a calling system. These taxis are plenty in number and impossible to ignore owing to their distinct blue colour and the bluebird logo. The drivers can speak good English and the fares are usually around IDR 70,000. Avoid taxis that have broken or no meters at all as you might get cheated. Uber is also operational in Bali and is usually cheaper than radio taxis with fares coming to anything around IDR 40,000. Cash payments are accepted.

Travelers who can drive or ride a bike are at a massive advantage as the best way to move around in Bali is with your own vehicle. Scooters, also known as ‘motors’ can be rented for a day. Several tourist agencies in Kuta and Seminyak offer these bikes for rent. Wearing a helmet is vital. An even cheaper alternative is renting a bicycle. If your budget is on the higher side, you could hire a car along with a driver. If you intend to rent a self-drive car, you must carry your international driver’s license. Remember that the Balinese drive on the left hand side of the road. Check prices of renting and fuels with various vendors before committing to one, to avoid overpaying, as these prices keep changing.